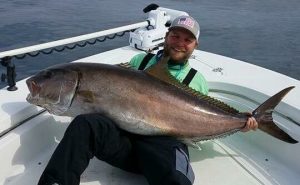 Captain Brett Tennant was born in Richmond, Va. in 1984. As a young child at the age of 4 he started fishing with his mother and father. He grew up playing all sports and studying hard to make good grades. Fishing was always a main passion. He started out fishing local creeks and ponds for all sorts of freshwater fish.

Inspired by such TV shows as Bill Dance Outdoors and Fishing with Jimmy Houston, he entered his first freshwater tournament on the Chickahominy River when he was 15. After getting 3rd place and out fishing some of his long time freshwater idols, he decided he was going to fish forever. At the same time he was competing in fishing tournaments he was also touring the country as a professional skater and working with the all famous “Camp Woodward” every summer.

By the time he was 18 he owned his own bass boat and had learned the ways of chasing Striped Bass, Catfish, Smallmouth Bass, Largemouth Bass, and the North American Shad on the James River and Lake Anna. He then graduated from Virginia Commonwealth University with a Bachelor of Science in Criminal Justice.

After mastering freshwater fishing and gaining multitudes of citation fishing awards in every freshwater species, he decided it was time to explore more water. He took a career opportunity as a sales rep for AT&T which eventually led him to Pensacola. Over the last few years, he has been ever producing fish and showing unforgettable times on the waters of the Gulf of Mexico.

This has been his lifelong dream and he’s always happy to share it with those around him! 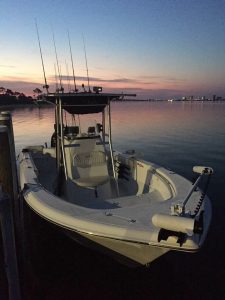 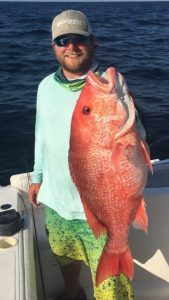 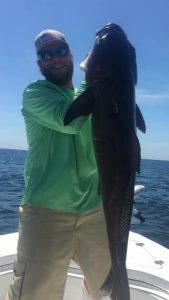 Our captain, Robert Adams, has been fishing in the Pensacola area for over 20 years. With Bout Time Charters, Robert is thrilled to run his own deep sea fishing charter. Robert is the son of a U.S. navy diver and spent most of his childhood near the water. Robert has been married for twenty two years and his wife always says that he gets cranky any time he’s away from the water.

Robert has an easygoing attitude and truly enjoys taking people on inshore fishing trips. He has experience working on both commercial charter boats and private sport fishing yachts, with experience taking out first time anglers and top-level professionals. When Robert is not taking folks out fishing, he spends his time maintaining several large vessels in the greater Pensacola area. Robert is proud to serve as a Florida Gulf Coast fishing guide. Give him a call or click here to book a trip – it’s ‘Bout Time you went fishing with Robert!

“I enjoy taking anglers of all experience levels out for a day of fishing. I look forward to taking new customers out and also seeing the “old salts” who return year after year. So give me a call and book a trip – its ‘Bout Time you come fishing with me!” 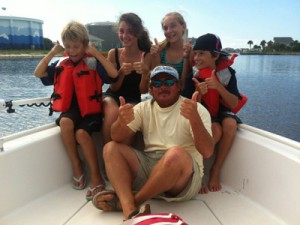 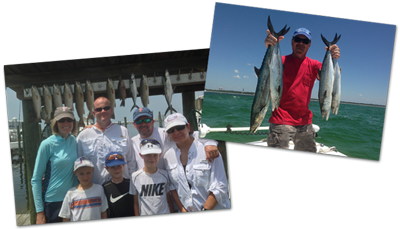